How To Ask Questions That Lead to Answers

As you launch into your technical career, you are going to have questions. Tons of them! The challenge for new developers is learning WHEN and HOW to ask questions around technical content!

When You Should Ask a Question

When learning any new skill, especially a technically challenging skill, it is crucial to give yourself time to explore, tinker, research, etc. before reaching out for help.

One of the most common patterns we see of students who struggle at Turing is asking for help before they’ve put in the time/effort to begin the process of learning what is confusing them in the first place. This typically involves a student who sees an error message and asks for help immediately. Remember, error messages are your friends! They can provide clues and ideas as to where to make changes to your code.

On the flip side, another common pitfall we see of new students is spending TOO MUCH time struggling on their own before reaching out for help. This could look like spending 20-30 minutes trying different approaches but still encountering the same error message.

Who Should I Reach Out to For Help?

Turing (and most tech companies) use tools like Slack to foster strong, asynchronous communication. In the context of Mod 0/Mod 1, reaching out in your cohort specific channel is a great way to get a lot of visibility on your question. By posting in a public place, you are allowing multiple people - cohortmates, instructors, mentors, etc. - the opportunity to help you!

Feeling apprehensive about asking a questions publicly? Don’t be! That’s part of the learning process AND it’s the fastest way to get feedback on your question(s). Chances are that SEVERAL people have the same questions/problems that you’re encountering so it will benefit more than just you to ask!

How to Ask a Questions That Lead to an Answers

Asking technical questions effectively requires providing the appropriate amount of context to elict strong and speedy responses. Here is a formula for asking questions at Turing and beyond:

Examples of Good and Bad Questions

Issues with this question: 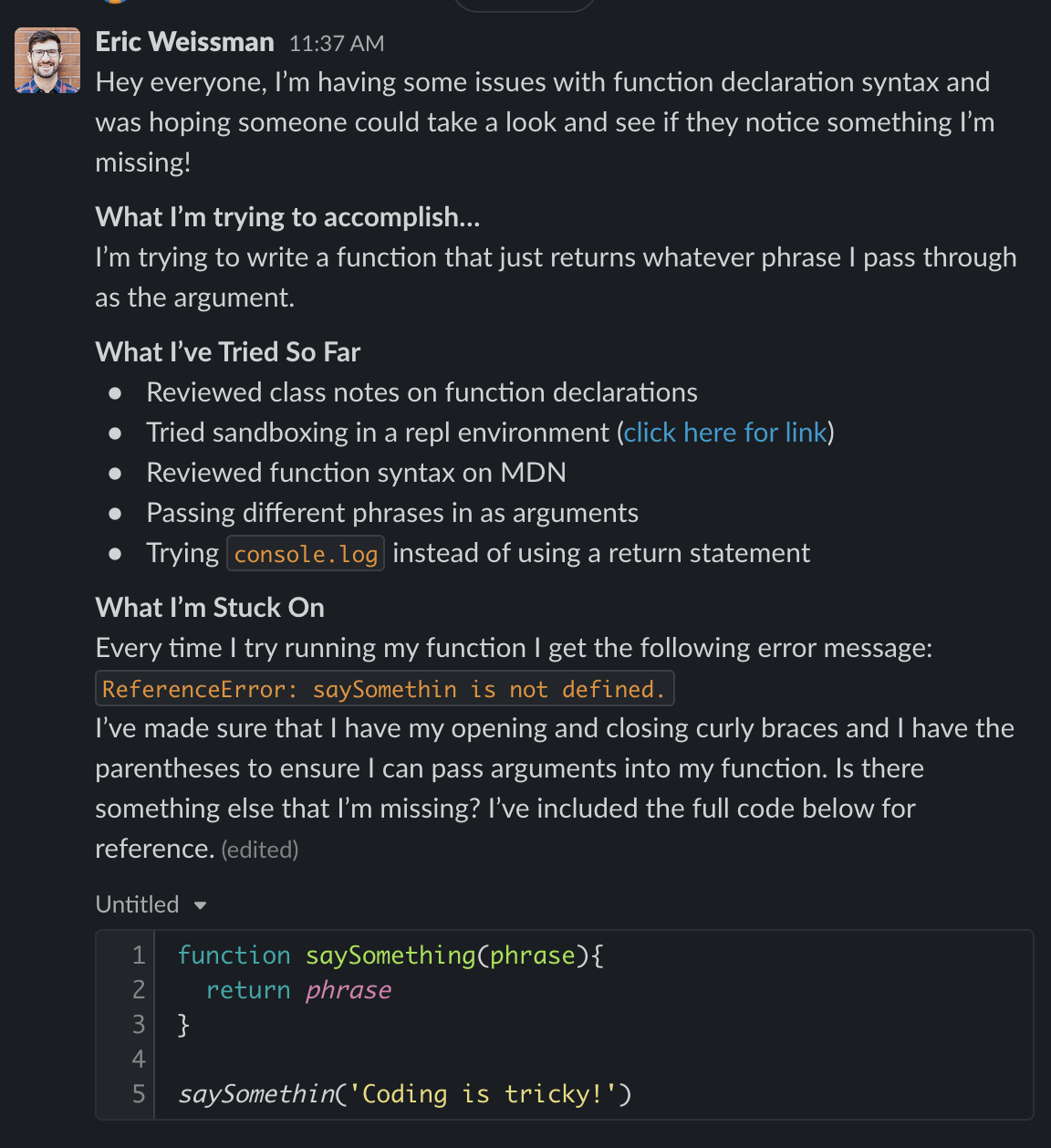 This is a strong question because: